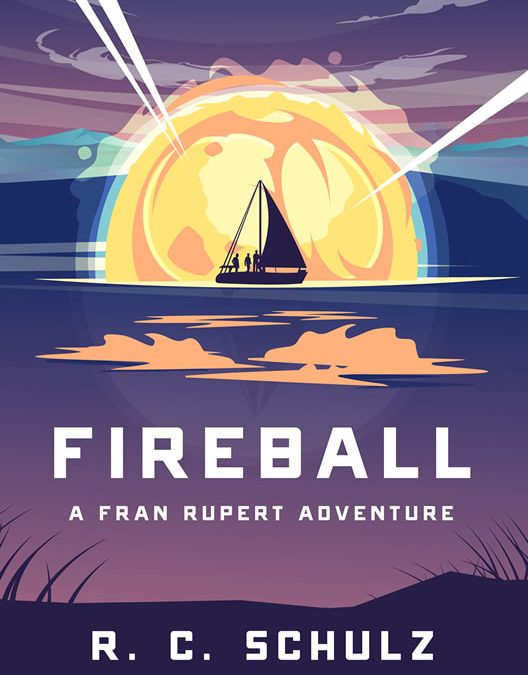 Freeport, IL—SFCC Publicity announces the release of Fireball, the latest release by R.C. Schulz in his Fran Rupert adventure series.

Fireball is the fourth book in this series by Schulz, and closely examines the interrelationship between the professional work and personal exploits of CIA operative, Fran Rupert. In Fireball, Rupert is forced to contend with struggles that impact her own personal happiness including a sexual assault from her past and a recent marriage that seems to be going nowhere. Things literally get explosive for Fran with an attempt on her life while in Canada and fate delivers to her a new set of challenges.

“Like most fiction, there are threads of truth woven throughout the story. The story of Fireball is no exception,” stated Roger Schulz. “In both the military and my career that followed, I was thrust into circumstances that few would believe were possible.”

Author Roger Schulz, himself, is witness to secret missions while serving in the US Air Force during the Cold War. The intrigue of his own career drew him to write each of the spy-assassin novels in the series. He spills no secrets in any of his books. Names are changed though many stories are real and Fran Rupert remains the focal character to tell share his stories.

Fireball is available for purchase on Amazon in hardcover, paperback and Kindle editions. Contact Roger Schulz at info@rcschulz.com to request your review copy and schedule an interview.

R.C. Schulz was born and raised in the northern suburbs of Chicago. After graduating from college, he was hired by an agency of the federal government and worked for several years in Pakistan and Afghanistan. Now retired, Roger and his wife, Joan, have two adult children and two grandchildren and live in northwest Illinois. Learn more at www.rcschulz.com